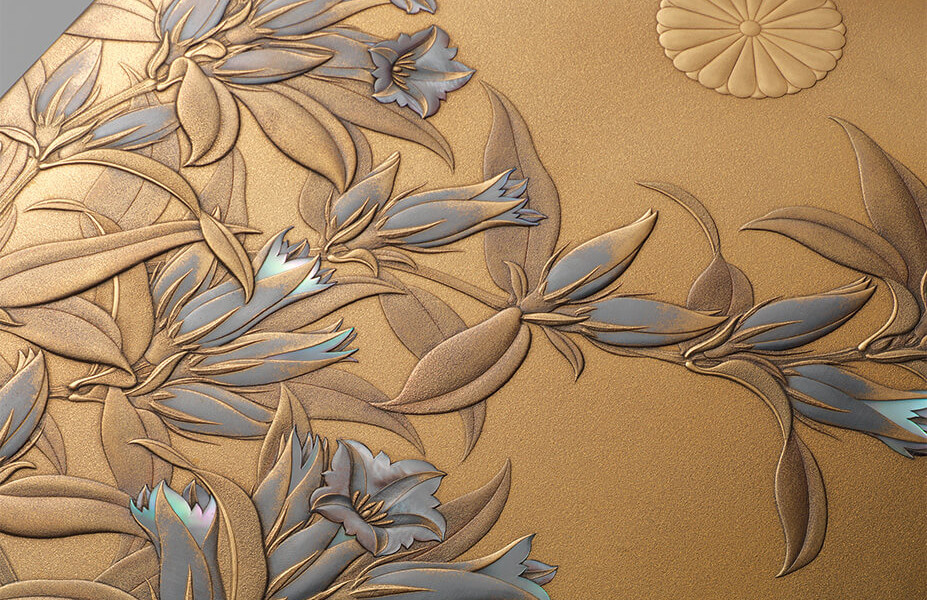 The new special exhibition at the Museum für Lackkunst presents a period of upheaval in Japanese lacquer art with almost 60 objects.

Between 1890 and 1950, lacquer artists underwent groundbreaking developments and changes in their search for a modern identity and mode of expression. Innovative techniques and experiments with different materials and new types of pigments were of great importance.
The exhibition "Breaking out of Tradition" allows visitors to experience the progressive and trend-setting developments in lacquer art in Japan in the period from the end of the 19th to the middle of the 20th century ñ an epoch marked by political and cultural upheavals: traditional values and modern currents, many of which came from the West, were pitted against each other.
After centuries of cultivating their traditions and passing them on from generation to generation, lacquer artists began to question them critically and creatively for the first time at the beginning of the 20th century. With this questioning of the traditions handed down to them and the changes they derived from this for their art, they set groundbreaking impulses in Japanese art.
This period also saw the founding of art societies and academies, which contributed to the development of individual artists and produced important artistic personalities. Until then, lacquer objects had been produced primarily in workshops, most of which had emerged from a family circle. These new developments led to increased competition among artists and at the same time made them more focused and visible.
At the same time, the perception of lacquer art, which had hitherto tended to be assigned to arts and crafts, changed: in the search for its own contemporary identity, it developed into an independent and recognised art form and thus experienced a heyday characterised by creativity, innovation and inventiveness. This included a hitherto unknown variety of materials such as new types of pigments, but also techniques and decors.
The exhibition, the idea for which originated a few years ago in a conversation with the collector and art historian Dr. Jan Dees, is a cooperation with the Rijksmuseum in Amsterdam. The exhibition will be shown at the Rijksmuseum in Amsterdam in the summer of 2022 under the title "Japan's Lak" following the stop in Münster.
Among the loans from private collections and museums in the USA, the Netherlands, Switzerland and Germany are objects that will be on display in Europe for the first time.
23 September to 12 December 2021

The Museum of Lacquer Art
The Museum of Lacquer Art, a BASF institution at the Münster site, houses a globally unique collection of lacquer art from East and Southeast Asia, Europe and the Islamic world with objects spanning more than two millennia. Special exhibitions explore individual aspects of traditional and contemporary lacquer art in greater depth.
www.museum-fuer-lackkunst.de